CRASH!
Sure, movement is risky- you might crash & you might hit a wall.  But MAYBE… just maybe… you won’t.  You certainly won’t risk crashing if you aren’t moving, but you also won’t risk success either.  Going anywhere means going somewhere; activity in itself contains inherent risks, but the rewards so outweigh the risk!  And, really, as I look at life it seems VERY evident that the risk lies NOT in moving, but instead in remaining stagnant.  In John 10:10 Jesus reminds us that the REASON He came was so that we could have LIFE, ABUNDANT.  That means living with a schedule and lifestyle of someone who really wants to hear from Christ.  Not moving at such a frenetic pace that we are bound to CRASH because of our unhealthy pace, but INSTEAD living and moving and having our being anchored in HIM, so that when and if we do CRASH, we know to grab His ready hand to guide us.  Who knows, if your life is anything like our lives have been this summer, you may even find that when you crash, instead of it being the worst day and everything being ruined you might just be surprised to find that God has granted you such grace and peace that the stuff crumbling around you actually needed to go– like pieces of scrap marble crumbling off of the perfect block you’ve been protecting instead of carving.  When you shift your gaze from the pieces lying all over the ground you might just see the masterpiece that’s been waiting to be found in the midst of the clutter.  Be willing to allow Christ to crash your world into the beauty that is waiting for you and ONLY HE can provide. 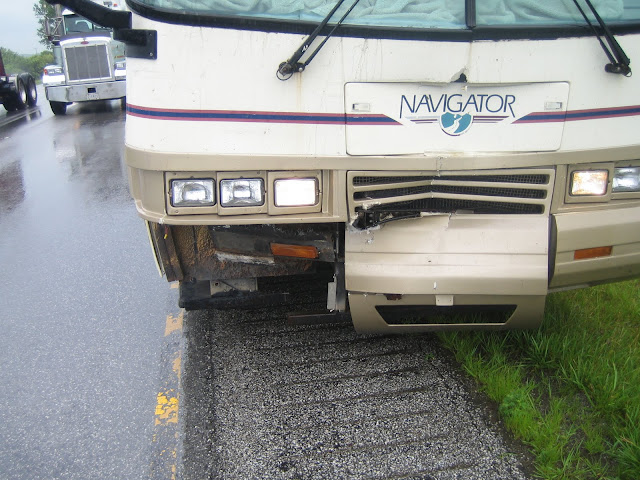